Linda is currently being supported by a local women’s aid charity. When she first arrived at Greatwood she felt it was very unlikely that she would be able to conquer her fears and even get close enough to touch our imposing former racehorses. Two days into the H.O.P.E™ pilot project and Linda was not only confident in grooming and leading the Thoroughbreds but had also formed a special, and supportive, bond with twelve-year-old Aldaado.

Linda has received cognitive behavioural therapy as treatment for post-traumatic stress disorder (PTSD) but now feels it is time for her to actively construct a new career pathway for herself. After having spent time with the Thoroughbreds, she is now considering enrolling on our vocational programmes as a further stepping stone towards a career in the equine industry. 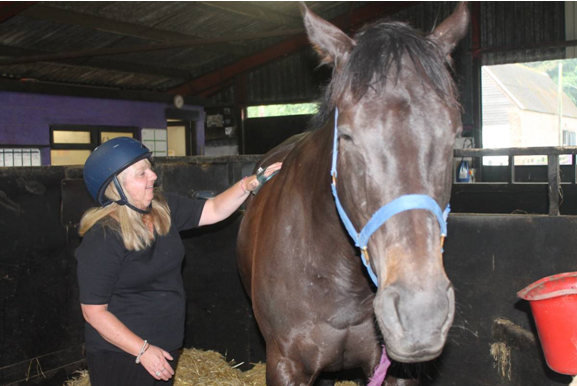 Linda success story at Greatwood with their H.O.P.E™ Programme